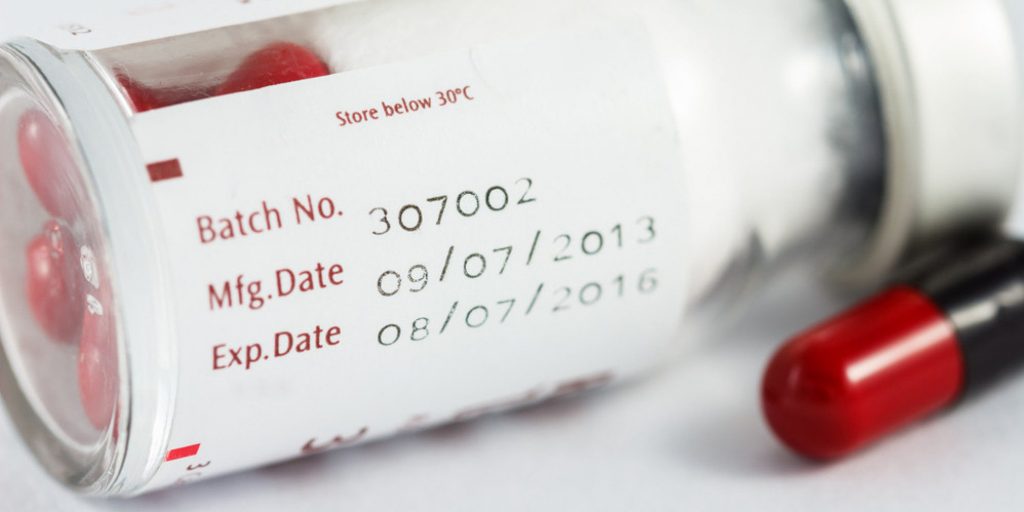 Have you ever found drugs that have expired several days, months or even years ago while going through the medical kit? Many are wondering whether they should throw away the expired drugs immediately, or taking these won’t do any harm at all. Opinions expressed here and there may be opposing. Some claim that taking expired drugs is quite dangerous, while others argue it’s mostly safe, and the manufacturers are deliberately lowering the medical supplies’ shelf life in order to increase sales. Is there a grain of truth in these assertions? To answer this question, we will ponder into some research and explain, how the shelf life for medical drugs is determined.

In fact, the history is not familiar with any registered cases when expired drugs have directly caused the death of a human. They do lose their effectiveness and sometimes become more toxic with time. However, drugs do not spoil in the same way as food does. In addition, there are several categories of drugs, the expiration date of which should be monitored very carefully.

How is the shelf life of drugs determined?

In 1985, American pharmacists commissioned by the Pentagon conducted a study of drug stocks in the warehouses, to decide whether the expired drugs should be replaces with the new ones. The research has found that 90 percent of the drugs remained effective. Their chemical composition did not change, although some expired 5-10 years ago. These results, however, should not be taken unconditionally. The mentioned research has revealed that, for unknown reasons, among drugs from the same batch, some became useless, while others preserved original effectiveness. It should be also noted that in military depots, the medications are stored in favorable conditions, i.e. not exposed to light, humidity and high temperatures. And particular drug types, such as vaccines or hormones, deteriorate relatively soon even in perfect storage conditions.

Opinions are often expressed that drug manufacturers deliberately set short expiration dates in order to increase sales. However, unlike expiration dates set for foods, in the United States drug shelf life is controlled by the state. For this, every product should pass a number of mandatory tests. Three samples of the drug are taken and stored for at least 24 months at 25 degrees Celsius and a relative humidity of 60% in order to imitate normal storage conditions. Other samples are stored at 40°C and 75% humidity to simulate extreme conditions that the drug can get into while being delivered or stored at home heedlessly (e.g. some keep their medical kit in the bathroom). After the necessary time has passed, the personnel will determine how the chemical composition of the drug has changed. Depending on the results, a valid shelf life will be set for the drug, usually ranging from one to two years. In fact, this means only one thing: the manufacturer has proven that the medicine will remain effective during the indicated period. It does not mean that in a day, a month, or a year after its expiration date the medicine will lose its effectiveness.

According to the report, the Pentagon spent $3.9 million to examine its medical stocks at that time, but over the next five years, by extending the permissible storage time for most of the drugs, the U.S. military was able to save $263.4 million. However, after the expiration date, some drugs may not only lose their effectiveness, but also become more toxic.

In the 1960s, there was a case when some people were experiencing kidney problems after taking expired antibiotics. Due to timely treatment the problem was solved with no further consequences. Notably, no similar cases were reported until now. Some drug components may lose their properties with time, making them become less effective. However, after the expiration date, many medications remain suitable for use. The manufacturer’s aim is to provide 100% guarantee that the product will remain effective for a certain period, so it won’t be tested for longer due to research costs. The indicated shelf life means that the authorized entities haven’t checked if the drug preserves its qualities for a longer period. Factually, many drugs remain safe and effective after the expiration date.

In 2006, Clinical Pharmacology Journal published an article that contained research data on drug properties after expiration. Among the tested drugs, 88% fully retained their properties for at least one year after the indicated expiration date. On average, they preserved original properties for the following 5 years. Even though for some drugs this period is much longer. According to the published data, ciprofloxacin (antibiotic drug to treat a variety of bacterial infections) can be used for another 12 years, while granules of iodized potassium, used to treat radiation sickness, retain their properties for 18 years. The problem is, a consumer cannot be sure whether a particular medicine can still be taken. Although many drugs remain effective after the expiration date, these periods for different drugs vary greatly and depend on many factors, including storage conditions.

What drugs should never be taken after expired?

Unfortunately, a regular consumer cannot verify whether this or that medicine has lost its properties. Here, it is strongly recommended not to try your luck with essential medicines. Taking painkillers or cold powders that have lost some of their properties certainty won’t have serious consequences. However, if some drug is vitally important for you, you are interested in its 100% efficiency. Immediately dispose expired medicines that quickly lose their properties or can seriously affect your life. Here are some of them:

This definitely makes sense, because when one needs insulin injections or, for example, protection against unwanted pregnancy, drugs with decreased effect are not acceptable. Thus, it is highly recommended to check your medical kit once in a while and dispose drugs which have already expired. Although buying larger amounts of drugs might save some time and money, in general it is advisable to purchase amounts necessary for the near future only. In conclusion, there is no big deal in taking painkillers that have expired few months ago, but special caution is needed for particular kinds of medicines that loose their properties quickly or affect your life seriously.

Disclaimer: The following information should not be taken as medical advice. Opinions expressed in the article are for acquainting purposes only. Cohealthop.org is not responsible for any consequences of applying any of the following information in practice. Attention! We do not advice ignoring the official medication instruction provided by the drug manufacturer. The indicated expiration date means that the manufacturer guarantees the effectiveness of the medicine only during this period. When taking expired drugs, only the consumer is responsible for the consequences.